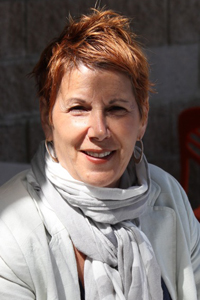 It should be no surprise that Nancy was born and raised in the central part of the garden state – New Jersey. Coming from 2nd generation Italian immigrants and living in the heart of farmland, her family truly lived farm to table. Her grandfather, who lived next door, tended a three-acre vegetable garden which provided fresh organic produce daily to her family as well as the neighborhood.

Nancy discovered her love of cooking early in her culinary career. At age 13, her first job was cooking fast food at the local flea market. She eventually made her way west to Los Angeles where she worked under European chefs in several restaurants in Century City. Also while in the LA area, she had the wonderful opportunity of cooking alongside her 80-year old Sicilian grandmother in her Aunt’s Italian restaurant.

Wanting to get back to her agricultural roots, Nancy moved to Petaluma and became part owner in Cioppino in Bodega Bay. It was here that she decided it was time to channel her passion and years of experience into a restaurant of her own. Thus the Wild Goat Bistro was born. It’s been the best thing she has ever done. 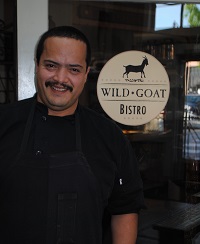 Victor Escobar, an experienced and passionate chef, maintains the position of Executive Chef at The Wild Goat Bistro. Chef Victor brings to the kitchen a curiosity about food which shows in his unique and flavorful plates. He believes in using the freshest food available and loves the opportunities given to him by living in Sonoma County, where locally grown and harvested food is plentiful. He demonstrates the very highest standard when it comes to food quality, preparation and appearance.

Chef Victor came to The Wild Goat after having worked a long stint under the tutelage of Executive Chef, Chris Jones at The Girl and The Fig in Sonoma. He has also spent time at other well respected restaurants such as Fume Bistro & Bar and The Fish Story.